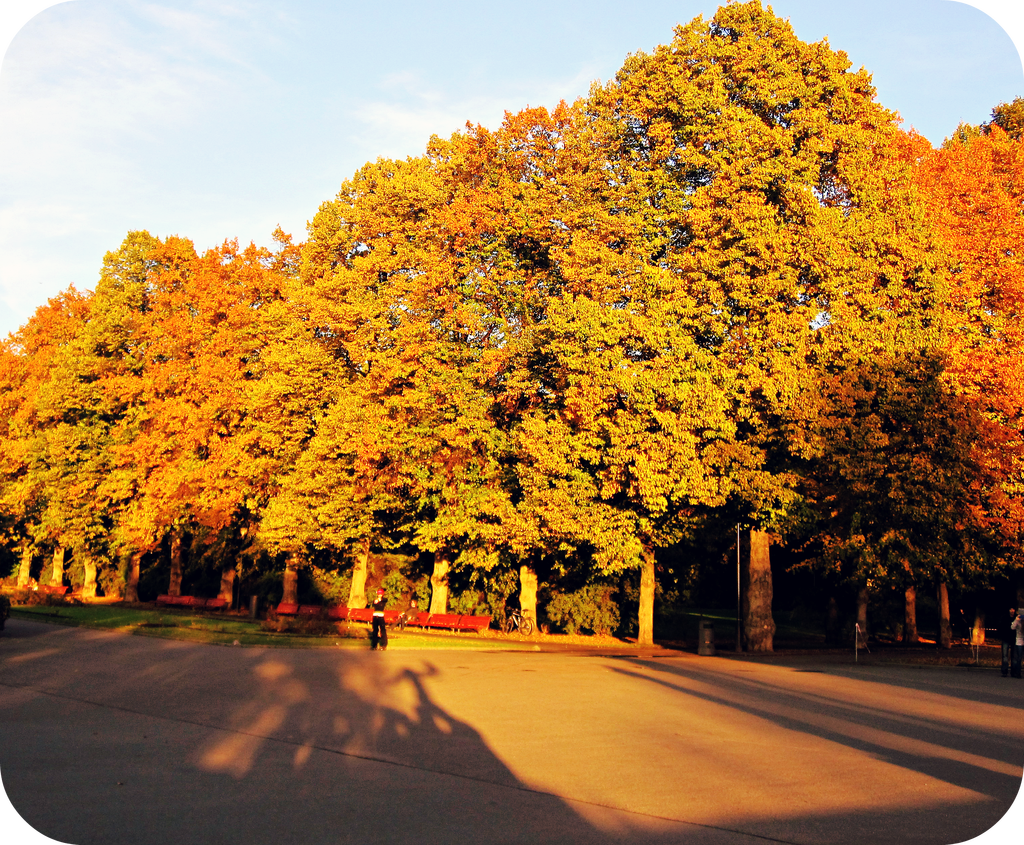 This blog post is all over the place with random stories, so I apologize for that. . 😉

Lately I’ve had a lack of motivation to write my blog. Maybe it’s because I’ve been using all my writing ability on my Business and Professional Ethics term paper? 😉 Anyways, maybe I’ll update you on school. Classes are going okay. I still can’t say I’m use to 3 – 4 hour long classes meeting only once a week. I just can’t get used to it. I would much rather go to class for only an hour or hour and half multiple times a week. I actually really enjoy 3 out of the 4 classes that I am taking here. We had a really cool presentation in my Social Entrepreneurship class about social innovation today. I really enjoyed that.  I can’t say I enjoy my microeconomics course. I cannot understand anything the professor says due to his really thick accent and quiet voice in a big room; I even sit in the front. He doesn’t explain anything he teaches and he just shows us notes that look like they’ve been written years ago in sloppy handwriting. The way the courses here are set up is that there are no assignments during the semester – so the grade for the course is just the final exam so I have no indication of what my grade would be right now. I’m definitely thinking I’m probably going to have to re take this course when I get back to UND.

Okay now on to things that are a bit more happy and exciting. Though I do feel like my portrayal of studying abroad in all my previous blogs has been portrayed as almost “perfect” all fun and no bad experiences so far. (**knock on wood**) 😉  But it has, so far, basically been that way, which is amazing and I am so thankful for how well everything has worked out and for being in such a good place.

A few cool things I’ve done this past week was on Thursday I went to the Opera and saw a ballet with Sara. I had never been to a ballet before so I had no idea what to expect. It was actually very cool! And inside the Opera house is just about as cool looking as the outside. We got a very good deal on the tickets, 100kr for good seats, minus the fact they were “bar stool” seats. Luckily enough it wasn’t sold out and there was no one sitting in the row below us, so we moved down to sit in the comfortable regular seats half way through.

The ballet consisted of three main parts with 2 intermissions. The acts or dances were all very cool and it’s actually amazing to think about how a ballet is essentially a story being portrayed by just dance and music. After the first dance was over, the audience gave a very lengthy round of applause. In fact, I’ve never experienced a situation where people clapped for that long. I am not kidding when I say they clapped for almost 5 minutes after each act. I almost couldn’t take it seriously, because it was just so much clapping!! hahah 😀 The dancers would come back on stage and the audience would clap, then they’d close the curtain (audience still continues to clap), then raise the curtain again and the dancers would bow. This repeated 3 or 4 times after each dance. It ‘s definitely either a big cultural difference or that’s what people always do at ballets? I do not know. 😉 I don’t think I mentioned this in my previous blog, my friend Sara and I booked a little weekend trip to Bergen for late November. We both said we have to go somewhere else in Norway besides Oslo to see the true beauty of this country. Everyone suggests Bergen as the place to go for a weekend. So I’m looking forward to that trip.

OHHH!! I also booked a flight to Spain in December to visit my friend Amber who is studying abroad there this semester and also one of the girls I’m meeting in Paris. I have a week “off” before my last final and it’s one that I can’t really study for, since it’s a group written exam. So I decided I needed to go somewhere since everyone else here will be busy with either exams or going home already. I’m excited for that trip as well!

Speaking of exams, it’s crazy to think  that I’ve been here for 2 months already and my time here is almost half over…

It literally feels like I just arrived last week.  It has gone by so incredibly fast and I truly love it here! I am so glad I chose to come to Oslo. Though I do look forward to going back home and seeing everyone, I’m going to not want to leave Oslo.

Last Friday night, I had dinner with a lovely Norwegian family. They are really distant relatives of one of my moms best friends and I was able to meet Stein and his daughter Helene, who’s my brothers age, earlier this summer when they were in Grand Forks. One of the first days I arrived in Oslo, Stein showed me around Oslo and had said one night we’ll have to have you over for dinner. We finally were able to fit both of our schedules and they picked me up on Friday. Funny side story: I texted Helene and asked her what color car they were in. She replied, “The craziest car you can see! Green one.” So I just expected some maybe weird shade of green car. I go outside and walk to where they said they were picking me up and it’s a green HUMMER! hahah I’ve never ridden in a Hummer before, so that was super cool. Before we went to their house for dinner, he had to stop at work to lock things up for the weekend. I can’t really explain what his job is, but I think he’s a contractor and builds houses on islands in the Oslo fjords or something similar. We took this little boat to one of the islands he was working at. That was neat as well. 😉 After a bit of a rainy time on the island we went back to main land and headed to their house. Their house was beautiful! I wish I would have taken some more pictures, but didn’t want to awkwardly take pictures of their house. 😉 We had tacos for dinner, which I guess is the “thing” to eat of Friday nights. 😉 They were very good since I can’t remember the last time I had tacos – definitely before I got to Oslo. We had a nice meal and it reminded me of home, which is a nice feeling. 🙂

After dinner and dessert, Helene, Henrik, her brother who’s actually just a few days younger than me, and I hung out the rest of the night. 😀 & They tried to teach me to count to 10 in Norwegian, but I have the hardest time pronouncing anything in Norwegian. I didn’t get past learning “two”. hahah It was a really nice having kind of a “family” night and I definitely thanked them for having me over. They’re all super nice people! On Tuesday afternoon I was walking to the train and this older lady stopped me and asked me ‘what time it is’, in Norwegian of course. I politely told her I didn’t speak Norwegian, which I really wish I could speak because it’s such a cool sounding language. Anyways, she couldn’t believe I wasn’t Norwegian. She said, “that’s the reason I asked you because I thought you were Norwegian.” The rest of the way to the metro, it’s about a 10 minute walk, she just kept going on about how I look so Norwegian. I love when that happens and always take it as a compliment! 🙂

I don’t really have anything else to update on that I can think of, so I think I will end this blog here. 🙂 Thanks for reading!

P.S I’m going to PARIS in exactly 2 weeks from today and I’m super excited for that!!